A team led by UCLA engineers was able to structure the exotic material Terfenol-D and show it could be formed into arrays of digitally-switchable micro-magnets to control the capture and release of individual cells, promising to enable selection of cells by their function to enhance cell therapies.

New advances in cell engineering for personalized therapies can benefit from selection of individual cells based on their complex behaviors or time-dependent functions (such as cell killing, secretion, or movement). Current cell sorting technologies mainly use cell surface markers as a surrogate for cell function, observing these markers only transiently during sorting processes, instead of looking at cell function itself.

To address this challenge, a UCLA-led interdisciplinary research team developed arrays of magnets to isolate magnetically-tagged cells, observe them, and then selectively release one based on a time-dependent behavior. Electromagnets at the scale of cells are too weak and consume too much power, so they instead looked to a new type of exotic magnetic material, Terfenol-D, that can maintain strong magnetic poles, but can be switched intermittently with an electric field. These types of materials are called multiferroic, and are the focus of the NSF Nanosystems Engineering Research Center for Translational Applications of Nanoscale Multiferroic Systems (TANMS) located at UCLA and directed by Greg Carman.

The researchers showed the system was compatible with an assay used to characterize secreted molecules from T cells, a type of white blood cell that is critical in developing immunity to viruses and other pathogens, and being leveraged for new anti-cancer cell therapies. The proof of concept lays the ground work for large arrays of magnets to capture, observe, and selectively release cells with specific functions that may lead to improved performance as a therapy. 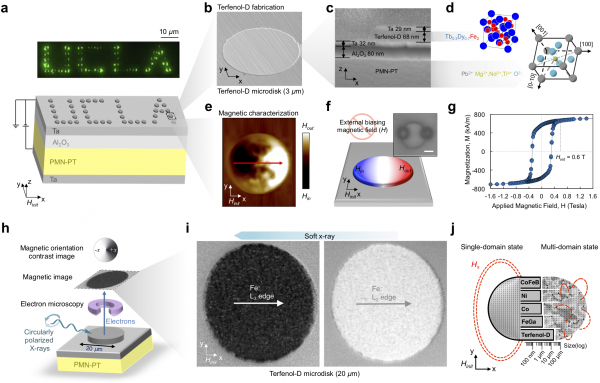