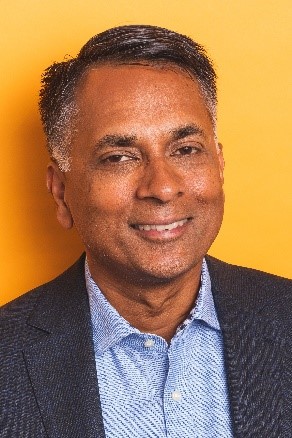 Discovering, developing, and bringing a new drug to patients is, by itself, incredibly difficult, as many published statistics tell.  Neurological and psychiatric disorders introduce unique challenges from both the scientific side as well as from the patient perspective that further compound the problem.  A major component of the challenge is that drug R&D is a concatenation of many different disciplines (e.g., scientific, clinical, economic, psychological, technological), where leaders in each segment come from distinct academic and professional training, cultures, and biases. The common thread, however, through all stages, is data, which characterizes the progress of a drug through many years of pre-clinical and clinical research, followed by post-approval monitoring of its performance in the general population, possibly through digital health platforms.

A prevailing theme of this talk, and of my career, is the ability to be multi-lingual with data.  I will discuss the wide variety of data that is generated and consumed along this broad continuum of R&D that starts with early-stage science and progresses through clinical trials and commercialization before becoming available to patients.  In doing so I will emphasize the importance of cultivating a holistic, instinctive, and 360-degree view of information and how it is perceived, and what I am doing to influence my own organization to adopt data-centric strategies.  Finally, I will emphasize how my career, which started after graduating from the UCLA EE department in 1989, brought me, quite unexpectedly, to the forefront of neuroscience drug R&D.

Nirmal Keshava is the Vice-President of Data Science and Innovation at Cerevel Therapeutics, where he leads efforts to introduce data-centric approaches into drug R&D.  Previously he was the Head of AI at BioXcel Therapeutics and a Senior Informatics Scientist at AstraZeneca.  In 2014, he was a Fellow in the Division of Biomedical Informatics at Beth Israel Deaconess Hospital in Boston, MA.  Preceding his career in the pharmaceutical industry, he spent 15 years leading government and industry-sponsored research at MIT Lincoln Laboratory and the Charles Stark Draper Laboratory.  He began his industrial career in telecommunications at Bell Communications Research.  He has supervised many students and theses at MIT, Northeastern University, and Harvard Medical School.  He received his B.S., M.S., and Ph.D. in electrical engineering, respectively, from UCLA, Purdue University, and Carnegie Mellon University.  He has received awards from NSF, NAE, and IEEE.