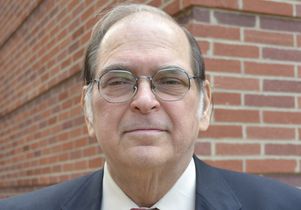 Heavily involved in SPIE conferences as a chair, committee member, and presenter since the early 90s, Grundfest was active in the earliest iterations of SPIE BiOS and, along with SPIE Fellow Abraham Katzir, was that symposium’s founding chair. Grundfest was appointed an SPIE Fellow in 1996. “The death of Warren Grundfest is a great loss to the biomedical optics community,” said Katzir, a professor of physics at Tel Aviv University. “Warren assisted me in establishing the SPIE conferences on optics in biology and medicine more than 30 years ago. Using his wide network of researcher and physicians, he paved the road to vibrant conferences. The current success of the SPIE BiOS meetings is largely due to his vision.”

Grundfest was a surgeon as well as a pioneer in minimally invasive surgery, using X-ray, ultrasound, optical, and magnetic resonance imaging techniques. With his team at UCLA, his most recent work was investigating opportunities to further reduce invasiveness of cardiovascular, ophthalmologic, orthopedic, urological, and neurosurgical surgeries by utilizing terahertz imaging, laser-based destruction of bacteria, MRI-Ultrasound image fusion combined with targeted laser ablation, and advanced optical diagnostics.

As well as being a founding chair of SPIE BiOS, Grundfest served as chair from 1998 through 2003, and was a member of the symposium’s planning committee in 2004. In addition, he had been a chair of the Advanced Biomedical and Clinical Diagnostic and Surgical Guidance Systems (ABCDSGS) conference – part of BiOS – since 1998. He published nine papers in SPIE’s Journal of Biomedical Optics, and authored over 100 papers in SPIE Conference Proceedings.

“Warren was passionate about translating light-based technologies to clinical practice,” said Anita Mahadevan-Jansen who, alongside Grundfest and Tuan Vo-Dinh co-chaired the Advanced Biomedical and Clinical Diagnostic and Surgical Guidance Systems conference. “He believed in biophotonics and what it could do for the practice of medicine and surgery, and served our community in every aspect possible. Despite his deteriorating health, if he could physically make it, he attended Photonics West each year and chaired sessions. More importantly, he sought to engage the speakers, encouraging them to think about the clinical aspects of their research. He routinely served as a grant reviewer and was that rare panel chair who read every proposal under review. For me personally, Warren was an inspiration and a mentor, helping me navigate through the tricky pathways of commercial and clinical translation. He provided insight into how industry, as well as how clinicians, think; his advice has been critical to the success of my own research.”

Grundfest received his BA from Swarthmore College in 1974, and his MD from Columbia University in 1980. He completed his General Surgery Residency at UCLA, 1980-82, and was Cedar-Sinai Medical Center’s General Surgery Chief Resident from 1982-85. A Fellow of the American College of Surgeons, American Institute of Medical and Biological engineering, the American Society for Laser Medicine and Surgery, and International Society for Endovascular Surgery, in 2012, Grundfest was appointed to the FDA Science Advisory Board. There, he served on the Subcommittee for the Center for Devices & Radiological Health, which provides scientific advice to the FDA director, and reviews regulatory science issues as well as programs of the FDA. As part of BiOS at Photonics West, Grundfest initiated and led special FDA-focused sessions during which SPIE hosted a panel of FDA staffers sharing their advice and knowledge with conference attendees.

In 2014, he was selected by the American Institute for Medical and Biological Engineering (AIMBE) as the recipient of the institute’s highest honor, the Pierre Galletti Award, in recognition of Grundfest’s “seminal contributions as a surgeon, inventor, and educator. Through activities with AIMBE, TATRC [the US Army’s Telemedicine and Advanced Technology Research Center], NIH, FDA, SPIE, IEEE, OSA, and other medical societies, he has promoted the critical role of medical and biological engineering in healthcare advances.”