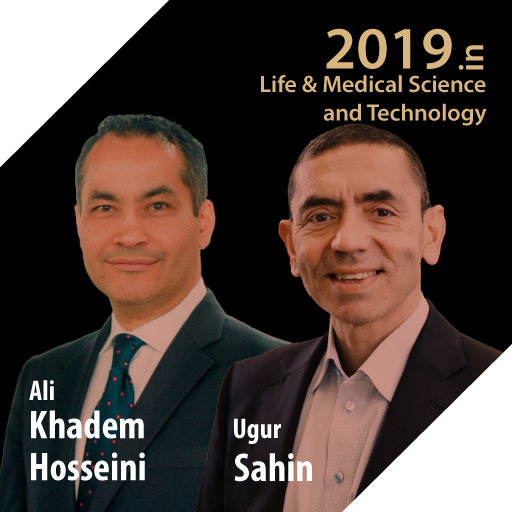 Congratulations to Ali Khademhosseini who won the Mustafa Prize 2019 in Life and Medical Science Technology.

What’s Mustafa Prize?
The Mustafa Prize is a top science and technology award granted to the top researchers and scientists of the Islamic World biennially. The Prize is awarded in four categories, namely “Life and Medical Science and Technology”, “Nanoscience and Nanotechnology”, “Information and Communication Science and Technology”, and “All areas of science and technology”. The laureates in each fields will be awarded USD 500,000/- which is financed through the endowments made to the Prize. The laureates will also be adorned with a special medal and certificate.

Two Turkish scientists and three Iranian academics were recognized as the laureates of the 3rd round of Mustafa  Prize, which was held at Tehran’s Vahdat Hall on November 11.

Sahin, who lives and works in Germany, was selected for his achievement in Development and Clinical Testing of mRNA-based Cancer Vaccines that are tailored to the Mutation Profile of a Cancer Patient.

In his speech at the ceremony, he explained his motivations and achievements saying that saving one life is saving whole humanity.

Ali Khademhosseini, the Iranian U.S.-based Professor of Bioengineering, Chemical Engineering, and Radiology at UCLA, USA was recognized as the laureate for his achievement in Nano and Micro fabricated Hydrogels for Biomedical Applications.

He named interest and curiosity as the main motivations for human being to be successful and productive.

President of Koc University, Turkish Prof. Umran S. Inan won the prize for “understanding of whistler-mode wave-particle interaction in near-Earth space, and the electrodynamic coupling between lighting discharges and the upper atmosphere”.

During his speech, he said that he has visited seven continents but he is very happy that he is here in Iran and the prize has a special place in his heart.

In his speech, he hoped for a better future of science and technology in Islamic world and proposed the establishment of an academy for developing countries.

The Faculty Member of School of Electrical and Computer Engineering at University of Tehran, Mohammad Abdolahad, was also recognized as the winner for his achievement in “Translating the Behavior of Healthy and Cancerous Cells into the Electronic Field (New Methods in Diagnosis of Cancer)”.

During the ceremony, the vice president for science and technology, Sourena Sattari who is also the chairman of policy making council of the prize, made a speech.

He pointed to the importance of development of science and technology in Islamic world and mentioned the young generation as a great human resource.

These areas include the following UNESCO fields of education: natural sciences, mathematics, and statistics; information and communication technologies; engineering, manufacturing, and construction; agriculture, forestry, fisheries and veterinary; health and welfare as well as cognitive science and Islamic economics and banking.

The event aims to improve scientific relations between academics and researchers in order to facilitate the growth of science in the Islamic world. 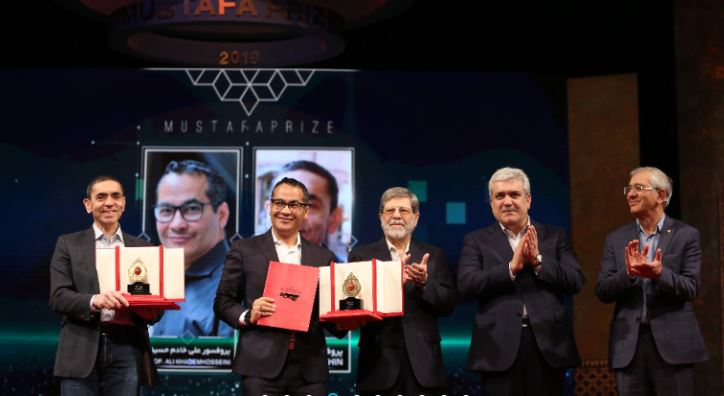