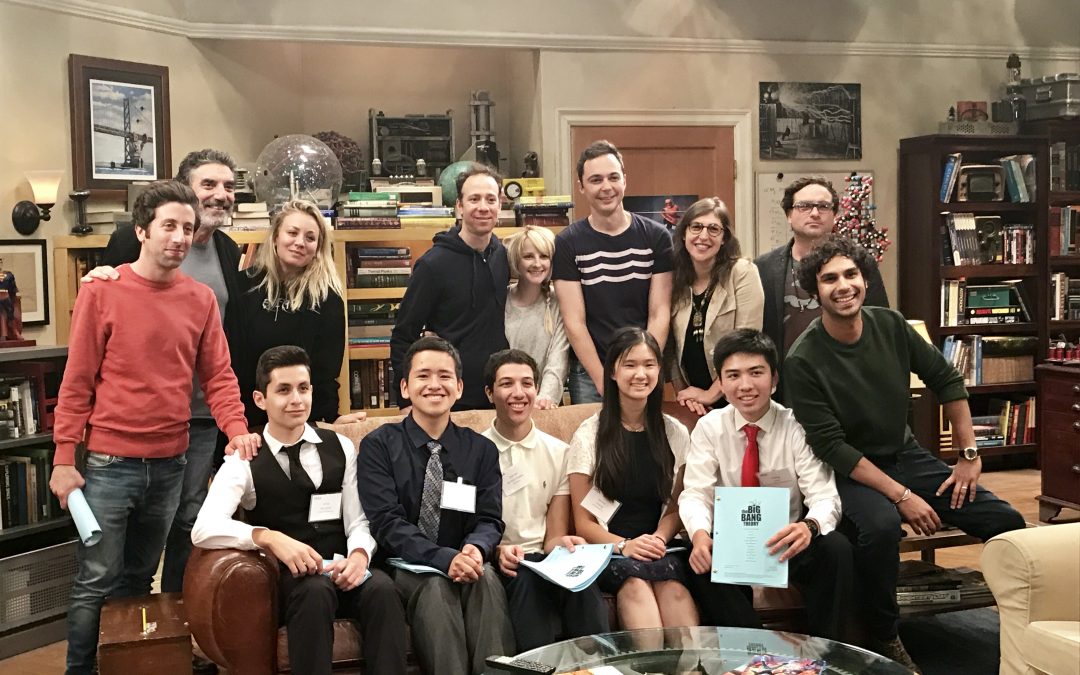 Five UCLA freshmen visited with the cast and crew of “The Big Bang Theory” on Oct. 5 and joined in an eight-clap with actress, neuroscientist and alumna Mayim Bialik, on a trip to thank their Hollywood benefactors for their scholarships to UCLA.

“I really like the TV show’s concept because growing up I didn’t see much of science and math on TV,” said Cheng. “And it’s nice to see it being represented on television.”

The scholarships are awarded based on financial need to students who have earned admission to UCLA, but who need additional support.

“I chose UCLA because of the scholarship,” said Ait Kaci Azzou. “I was already considering, but this scholarship reinforced it.”

Now in its 11th season – on air since the current freshmen were in elementary school – the popular CBS sitcom follows the lives of young academic researchers who work in various scientific fields. The endowment began with an initial donation from the Chuck Lorre Family Foundation and gifts from nearly 50 people associated with the show. The show is produced at the Warner Bros. studio in Burbank, California.

Article and photos by Alison Hewitt and Michelle Reardon