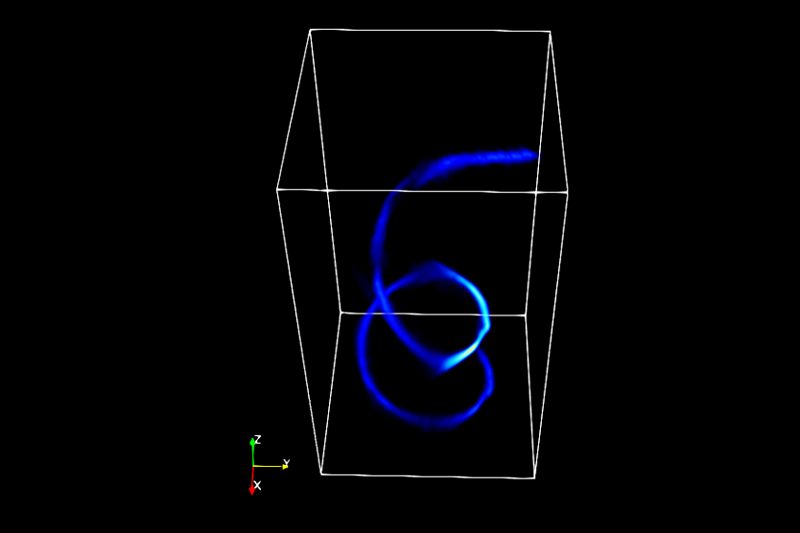 By UCLA Samueli Newsroom
A team of bioengineers at the UCLA Samueli School of Engineering has discovered a new technology that enables a camera to take 3D images at a rate of 100-billion-frames per second.

The ultrafast camera can capture a short pulse of light as it travels through a fiber-optic cable wound in a spiral. A study detailing the research, including a demonstration of a proof-of-concept device, was recently published in Nature Communications.

“This is similar to a CT scan, but instead of sending someone, or something, through a large doughnut-shaped machine, we’re taking images from a single point of reference,” said the study’s principal investigator Liang Gao, an assistant professor of bioengineering at UCLA Samueli. “The result, following reconstruction by a custom, deep-learning program, is a highly detailed 3D image.”

While the camera’s speed is not unusual for 2D imaging, it is light years ahead of what current best 3D cameras can offer, which is only a few frames per second.

In addition to its ultrafast 3D-imaging capabilities, a LIFT camera can also photograph fast-moving targets hidden behind other objects or around corners — known as non-line-of-sight imaging — at 30 frames per second. The camera first picks up light from a hidden object, which is projected onto a wall in the camera’s field of vision. Similar to using a mirror, but with less-reflective surface, the camera system then computationally reconstructs the obscured scene. The device uses trace amounts of light difference — otherwise undetectable by a human eye — to reconstruct the image into a more distinct 3D picture.

The research suggests that LIFT cameras could be incorporated into autonomous vehicles, allowing them to detect fast-moving hidden objects and make critical decisions. In addition, the technology holds potential for application in medical procedures, enabling surgeons to see behind bones or soft tissues.

The camera uses seven cylindrical lenses — each about 2 millimeters in diameter — stacked against one another in an array. However, instead of a round opening, their apertures are lengthwise slits. Each of the seven lenses is angled toward a unique focus point, and the slits themselves line up in different orientations, allowing the camera to capture an image in detail.

“When we take a photo with this new camera, we’re looking at multiple directions at the same time,” Gao said. “That is how we can produce the 3D image from one stationary place.”

Supported by the National Institutes of Health and the National Science Foundation, the researchers have made their programming code available on the open-sourced software repository GitHub.